0.75x
1x
1.25x
1.5x
2x
0:00
...
Apple PodcastsGoogle PodcastsPlayer EmbedShareLeave a ReviewListen in a New WindowDownloadSoundCloudStitcherSubscribe on AndroidSubscribe via RSSSpotify
Most people don't know what types of risk they should guard against in their finan-cial planning. We break down five risks and how to address them. Plus, Mark an-swers your mailbag questions.

Did you know there’s at least 18 different financial risks people need to guard against for retirement? In this episode of The Retirement Huddle podcast, Mark Howard walks us through five of the most common threats.

Market risk is what most people think of when they think about risk. It’s important to address because of how easily it can impact your retirement.

The majority of people who come into our office are taking too much risk, and there’s no reason for it. Typically, they’ve worked with same advisor for years and have relied on that person to handle their retirement savings so they can live off 4% of the money a year. Most of the time, that does not work.

We will do a risk analysis of your portfolio and explain how to protect your money.

Most people assume if they don’t borrow money very often that they won’t be affected by interest rates going up. But rising interest rates can cause bond dividends to go down.

If you plan to rely on social security or pensions, inflation can be problematic. Most pensions do not increase, and the income streams remain stagnant. Social security has increased an average of 3.2% since it launched, but in the past 10 years it has only averaged about 1.6%.

Taxes will likely go up once the present tax plans expire on Jan. 1, 2026. Most of us have been led to believe that you’ll be in a lower tax bracket once you retire, but there’s no guarantee of that.

If you’ve done a poor job of planning for retirement, it will be multiplied and magnified by living a long time. The longer we live, the more we’re putting our nest egg under pressure.

Judy in Savannah just got married last month. She and her husband are both in their late 60s and lost their spouses to cancer. How can she make sure her husband’s children inherit the wealth he’s built while also making sure she’s OK financially if she outlives him?

Anna in Bluffton has a nice pension and social security benefit. She doesn’t need to take money out of her IRA because she’s in good shape financially. But it makes her nervous when she sees the account balance bounce up and down. Should she ignore it since she doesn’t rely on it for income?

Steve in Hilton Head is 58 years old and will be laid off from his job in two months. He can stay on the company’s health insurance for a year and will get a six-month severance. Should he take his pension as a monthly income or lump sum?

Thanks for listening! We’ll be back for another show every other Thursday.

The “Coach” who will help you achieve a successful retirement future and the radio veteran who brings it all together.

Mark Howard is the President of Howard Financial Group and has more than 27 years of experience in the insurance, wealth management and financial services industry. He's also the host of the Retirement Huddle Podcast and radio show on 97.7 WTKS.

Ron Stutts has been a professional communicator for more than 40 years. With a successful radio career that spans decades, Ron's voice has been heard on dozens of radio stations and podcasts across the country.

Want to suggest a topic?

Ready for a financial review? 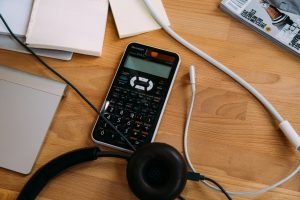 Ep 17: Are You Out of Tune Financially?

Let’s talk about some of the areas where people get out of tune, financially speaking. There are several main areas people struggle with. 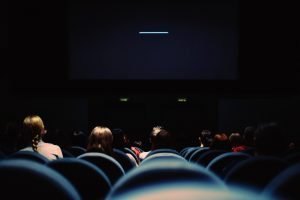 Ep 16: How to Spot Villains in the Financial World 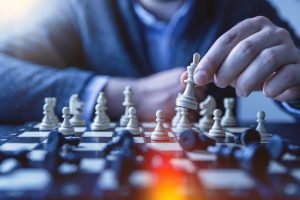 Ep 15: Are We Playing Chess, Roulette or Poker?

Many financial decisions can be compared to playing chess, roulette or poker. Some use skill and some use luck, and we will explain why.

Ep 17: Are You Out of Tune Financially?

Let’s talk about some of the areas where people get out of tune, financially speaking. There are several main areas people struggle with.

Ep 16: How to Spot Villains in the Financial World

Ep 15: Are We Playing Chess, Roulette or Poker?

Many financial decisions can be compared to playing chess, roulette or poker. Some use skill and some use luck, and we will explain why.